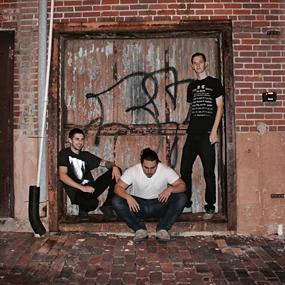 Kings & Culprits was founded by two former band mates, Chad Shultz and Alex Attir, in a small town in central Florida. After their last group disbanded, they decided to create a new one in Kings & Culprits. They used the chance to experiment, adding diverse styles to their music, and became the writing force for the band. Alex Attir, the lead singer and guitarist and Chad Shultz, the bass player, began searching for a drummer, eventually finding Jeff Seaman. They started playing bars and clubs around Florida and continued writing, eventually leading to the release of their first independent EP, "Know my Name." The single from the work, "Greed," began to garner attention with its mix of somber storytelling and unique style of alternative rock. The band's sound was derived from vast musical fields, including Jeff Seaman's latin and jazz roots, Chad Shultz's influence of bands like Incubus and The White Stripes, and Alex Attir's love of classic rock, rap, and pop.

Coming off of the last EP, Kings & Culprits have released a series of singles in 2018 that tackle a more concise and unique sound. If "Know My Name" was a foundation, these following singles show the band coming into its own.