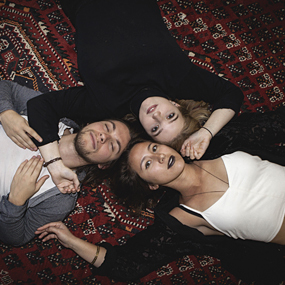 A love-in is about making a statement. It’s a declaration of mutual affection for everyone involved. It’s an expression of openness about oneself to a group of individuals who are being just as vulnerable and true. That’s what Laurel &the Love-In is all about. The Nashville-based band makes honest rock and roll to share this experience with each other and their audience. Their debut full-length album, Don’t Love Nobody (out June 24, 2016) is the culmination of encounters such as these.

Laurel & the Love-In came together piece by piece, soldiering on until they found each other in Nashville in 2015. The common love of early rock and roll are what brought them together, but it’s their wide array of influences that help them to stand out. Their fusion of raw blues, rock and roll guitar solos, and 1960s girl-group inspired harmonies help them create a sound that is entirely their own. The band consists of lead singer and pianist Laurel Sorenson, Ian Kendall on guitar, background vocalist Veronica Selby, drummer Michael Rasile, and bassist John Lattimer.