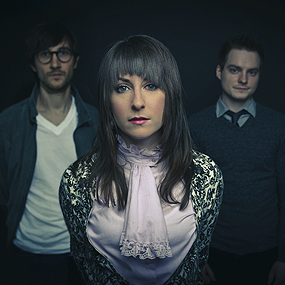 Pop-rock doesn’t get any smarter or more beguiling than Maryland trio Carousel Rogues. Lead singer/songwriter Caitlin Nethery Anselmo tempers a light sweetness with her voice along with a playful edge. Husband Zach Anselmo adds his own vocals to few songs and with his warm tenor voice supplies perfect harmonies on others. Dan Wiley rounds out the trio with additional vocals and keys.

2015 saw a relocation to Nashville, TN and the band's sophomore release, Seize the Day, which received airplay on Nashville's Lightning 100 and a rave review on iTunes. Each song, an intricate construction of flowing melodies and meaningful lyrics make these pop gems worth listening to.