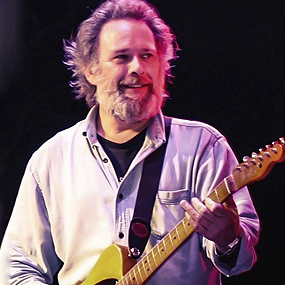 After having four placements in HBO's True Blood series in three consecutive seasons, musician/songwriter/producer Steve McComb released "Come On In", his debut CD of original tunes. One phone call can change your life, Steve says. "The opportunities that show up can be pretty amazing if you put yourself out there." True enough. The songs on “Come On In” are absolutely irresistible. Influenced by rock, classic country, traditional blues, rockabilly and story telling ballads, Steve’s strong suit on this offering is a great lyric with clever lines and plenty of great guitar. Influential songwriting capitol of the world, Nashville, Tennessee has done him well.

Steve has been a sideman to many famous acts as a guitarist. In the studio, he has co-written and or produced literally hundreds of songs. As a singer, he has a whiskey-smoke rasp that tells the story that the song needs to tell. Steve is a born entertainer and his audiences listen intently to the lyrics.