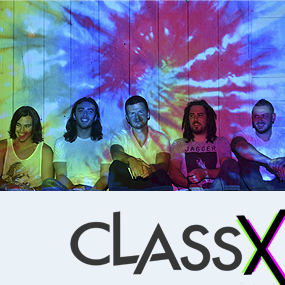 ClassX stays true to the notion that music is born from inspiration, and their willingness to experiment with and reach beyond the boundaries of alternative rock truly sets them apart from the pack. The core of their music is rooted in rock and roll, but it also incorporates musical elements stemming from many genres (including alternative/pop/r&b/dance,etc), with the familiarity of Brit rock present in the undertones of each track.
The band released their debut full length album "Time Well Wasted" in October 2014. The first single Something To Look Forward To was released internationally and gained traction quickly landing placements on several UK radio stations, and BBC Radios Tom Robinson featured the track on his Fresh on the Net blog.