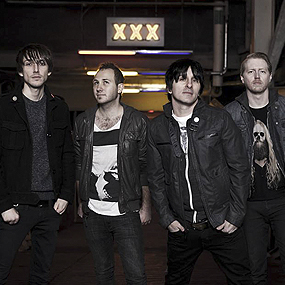 Waking Heroes existed in the minds and imaginations of founding members Danny Roselle and Mikey Vranek long before it actually became a reality. It manifested itself somewhere in the back of a tour van while driving across the country on the way to one more gig, in one more city, one more year in a row. Joining Danny and Mikey on this new journey is Jacksonville native, bassist, Justin Pritchard, while rounding out this outfit is newest addition, drummer, Tim Anderson. Their blend of power pop chops and hi energy live shows have earned them opening spots for The Goo Goo Dolls, Bowling For Soup, Bon Jovi, Sugarcult, Lifehouse, The Ataris, We The Kings, All Time Low, and so many more.

Having just recently released their EP One Fight to Fight, these assiduous four are already back in their studio writing their next release and preparing one of the most energetic and commanding live rock performances to date.