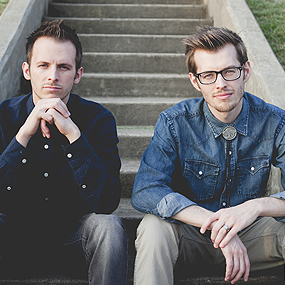 TRUMAN BROTHERS is an artist/production duo out of Nashville, Tennessee, made up of brothers, Ben and Chad Truman. Combining a range of influences from Stevie Wonder to John Mayer, the brothers create a sound founded on rich vocals and passionate songwriting.

The band formed in Provo, Utah, where they won the student-voted Battle of the Bands two years in a row at Brigham Young University.
Following their success in Utah, the brothers began to tour across the United States, sharing the stage with such artists as Imagine Dragons, Kelly Clarkson, and David Archuleta.

2014 was an especially busy year for the TRUMAN BROTHERS, who produced and recorded two Billboard-charting albums and were the opening act for Grammy-winning group Diamond Rio on their fall tour. Later this year, songs they have written will be included on Marie Osmond's newest record as well as the indie film thriller, "Freshwater".