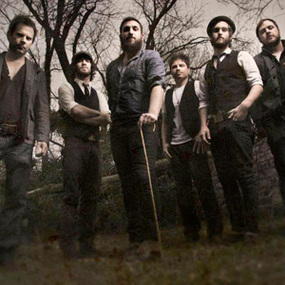 They write songs. They play music. They have beards. It might get rowdy. “Jesse Hall left the city he loves and a promising pop-punk band to follow a girl to Austin. All he got was a broken heart, a long trip back and the seed for one of the best albums to come out of Pittsburgh”(Pittsburgh Post-Gazette). Jesse’s style of writing is in a league of its own, with a copious flow of raw emotion, beautifully crafted phrasing, and incredible imagery. Digging through the dirt and grit, he discovers these true gems. Bear Cub has been touted as “a hardcore indie rock band from Tennessee”, by Black Vinyl Magazine, “because the energy that comes from these bears - between the gut-spillin' lyrics to the full force instrument handling, pretty much gives folk a new identity."