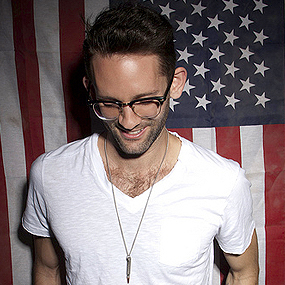 Tip of My Tongue
Update Required To play the media you will need to either update your browser to a recent version or update your Flash plugin.

Tyler Cain has been part of the growing Nashville music scene for more than a decade. The multi-talented artist is a singer, songwriter, musician and record producer. Tyler recently produced his latest EP, along with a group of world-renowned musicians, at his recording studio, Cain Productions, nestled in the heart of Nashville’s Music Row. He wrote or co-wrote all the songs on the project with an esteemed group of Nashville and Los Angeles based artists and writers. Tyler’s inspiration for the EP came from experiences gathered while touring the world with such acts as Big and Rich, Tonic, James Otto, Thompson Square, Josh Kelly, Sarah Buxton, and Ashley Monroe of Pistol Annies. He has performed in shows featuring Alan Jackson, Lady Antebellum, ZZ Top, Trace Adkins, Willie Nelson and many other recording icons.