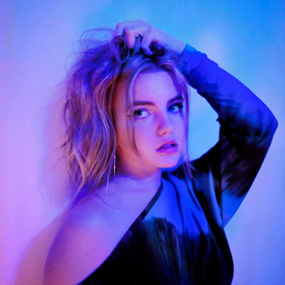 If you’re looking for a new favorite artist, look no further than ChloA Watson. She’s a young, aspiring singer-songwriter and musician from Las Vegas, Nevada.

Although Einstein stated that "Imagination is more important than knowledge. For knowledge is limited, whereas imagination embraces the entire world, stimulating progress, giving birth to evolution”, ChloA believes that in her experience both can come hand in hand; moreover, that through knowledge you can expand your imagination. Even though ChloA is in the early stages of her career, she has already won several awards for her music. Her raw, poignant voice complements her soulful songwriting, and has drawn comparisons reminiscent of Amy Winehouse and Norah Jones.

Born in Las Vegas, ChloA performs regularly at her local Composers Showcase, coffee shops and charity events around town. Her singing prowess was identified at an early where she won an Unsigned Only competition at age 12 for her cover of “What a difference a Day Makes” made famous by Dinah Washington. This got the attention of America Got Talent producers and at age thirteen, ChloA sang for Simon Cowel who gave her a yes and told her he loved her unique sound.

At age 16, ChloA wrote the lyrics and melody to Reality which she dedicated her first month of sales to the Leukemia and Lymphoma Society in honor of a close relative diagnosed with cancer.

When writing and recording, ChloA says that melodies often just appear to her and then the lyrics usually flow when experimenting on the piano, guitar, or ukulele. ChloA explains that sometimes the songwriting process can be strenuous and time-consuming. Other times, the songwriting process is quick and happens suddenly. Usually when the songwriting seems to be taking too much time or thought it proves not as personal and she ends up not using that song in the future. It’s the spontaneous ones that have a greater effect. “Reality” was recorded after performing it live first at a composers showcase at Las Vegas’s Smith Center for Performing arts.

As for what’s next for ChloA, she expects to put more originals out, and she hopes to make an album soon. Her goal is to “be able to make music that evokes emotion and hopes to do it for a lifetime.” One of her favorite quotes by Martin Scorsese, when it comes to making music is that, “the most personal is the most creative.” Be sure to keep up with ChloA by following her Insta at @chloawatson and Facebook at @chloAmusic.