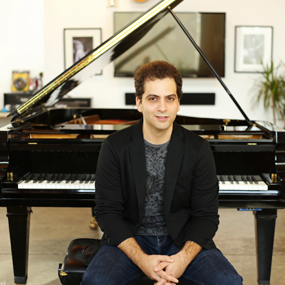 LAIN is an LA-based writer and producer from Mexico City. His sound combines indie-electronic and pop elements, paired with cinematic undertones. His writing and production is heavily influenced by his background in classical and jazz. As a graduate of Berklee College of Music, LAIN incorporates the musicality and attention to detail from the old school into contemporary music. Whether in mainstream pop, or a dark indie song, you can hear traces of these influences with a modern twist.