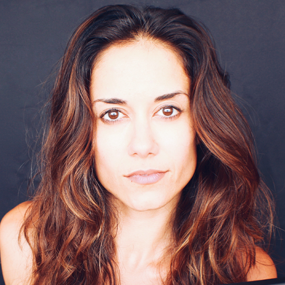 Luci is an award-winning songwriter and recording artist, entertainer, author, coach, and founder of the Sexy Mama Movement. Her writing has been featured on the Huffington Post, Forbes, and Entrepreneur.com.

Originally from Lima, Peru, she grew up in the southern and Midwest states of the U.S. and attended college in Tulsa, Oklahoma, where she met her husband, who was in the United States Air Force, and they married in 2006. Their first two children were born in Tulsa.

In 2010, she released her first EP, “Live It Up,” in Nashville, Tennessee, while her husband was deployed. The songs from this EP, along with her music video to the song “Save the World,” landed her a 2010 Hollywood Music in Media Award in 2010, a Los Angeles Music Award in 2011, and three awards in the 2012 Indie Music Channel Awards. Also in 2011, Luci participated in season one of the X Factor USA.

With her husband and two kids, she relocated to Los Angeles in the summer of 2012 to focus on her music career. In the Fall of 2012, Luci released her second EP, “Grown Up.” Soon thereafter, feeling unhappy with the course of her career, Luci decided to take a conscious step away from the pursuit of a music career for the first time in her adult life to focus on other business pursuits. She began working as a commercial actress and model, while coaching women in fitness, life, and business.

After an almost-7-year hiatus from the music industry, having two more kids, overcoming an autoimmune disorder, and surviving hell as a family through her husband’s 2-year disability and depression, Luci returns with a bold, unapologetic message. In her tribe of “Savages,” she promotes a culture of complete self-ownership and courage, free of self-judgement and shame.

She returned to the music scene with the release of her 2019 album, “Bare.” Her new music boasts a hooking pop sound with soulful, heartfelt vocals. From confident and sexually empowered to tender and emotionally vulnerable, Luci exposes her pain, desire, surrender, and courage like never before.