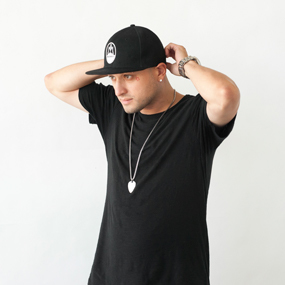 Aaron Mazarati is a bona fide triple threat artist, label CEO, and publishing company owner who is taking the industry in his own storm. He’s already had music featured in movies from Universal Pictures and countless performances at some of LA’s most iconic venues.

At first it may be a little difficult to categorize Aaron Mazarati's sound, which is exactly the beauty in it. When asked, Aaron describes his music as, “a big pot of everything, just like the U.S.”, meaning it’s a melodic mix of Rap, Hip Hop, Pop, Rock, Electronic, Drum & Bass, Soft Rock, R&B, Classic Rock, Classical, Grunge, Latin, and Country. Elements of all of these genres can be found inside all of his projects. Ultimately, Aaron Mazarati has clearly created a distinctive sound beyond his predecessors. Set for a west coast college tour at the end of this summer and an international tour in the fall, its clear this young man is someone to watch from here on out.