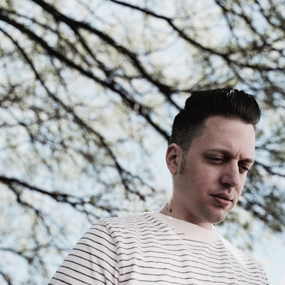 Award winning composer and songwriter Nate Fenwick has scored several indie films and has had his music air on a variety of TV shows across multiple cable and major networks including ABC, NBC, FOX, A&E, Discovery, E! and MTV.

As a singer/songwriter at heart, Nate got his start in the music industry writing & performing in various bands over the years until recently releasing his debut album as a solo artist in early 2018 called “Wait for the Moment: Visionaries.”

In college Nate studied music, film, screenwriting, and audio production at Arizona State University and Mesa Community College. He also later attended University of North Carolina School of the Arts where he received his MFA in Film Music Composition. His two thesis film scores appearing in short films "The Collection" and "Starlight" were nationally recognized and nominated to receive an Emmy for Best Music Composition by the Television Academy Foundation in Los Angeles. His score in "The Collection" took home the win.  Upon graduating, Nate and his young family moved to Los Angeles where he officially began composing for film and TV.

Nate continues to produce new music each year for film & TV as well as write, record and perform new music as a solo artist. His song “Battle Above My League” was featured as a theme song on Disney XD’s Beyblade Burst. His most recent single “Young Fighter” features the former front runner contestant from “America’s Got Talent,” Evie Clair.  The two debuted the new single by performing live on Good Morning Arizona.