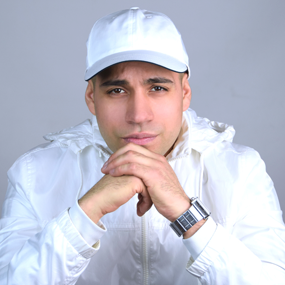 A.Sanchez is a recording artist/producer from Montreal, Quebec. He was raised in South American culture since his parents are from Medellin, Colombia. This culture helped shape his unique musical palette throughout his early life. After years of learning and study, A.Sanchez began producing and recording local artists and eventually formed a Latin Urban band in 2007 called "The Effigy Sound." The band gained success on local radio stations, won numerous underground competitions and opened venues for artists like: Freeway, Plan B, Alexis y Fido, Fuego. In 2014, the song "Rumba Nights" was featured in the MIDEM Compilation "Musique du Quebec." In 2015, the single "Love again" was once again featured on the MIDEM compilation. Later on that year, the band was also nominated for "urban band of the year" at the first Premios Latinos Canada held in Montreal.

A. Sanchez released his first Latin EP "Nuevo Concepto" in September 2017. He is currently working on more Hip-Hop oriented music in English, on his second Latin urban album and on the launch of his independent label, Globe King Records. Whether it's production, song writing or mixing, A. Sanchez has all the golden qualities to succeed in the music industry. He will prove once more that when he wraps his fingers around a record, he has the Midas touch.