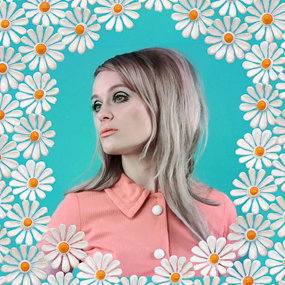 Drawing her musical influences from a variety of decades, she cites artists as varied as Joni Mitchell, Harry Nilsson, The Beach Boys, Ella Fitzgerald, Randy Newman and Marvin Gaye. Her wide musical tastes are noticeable in the rich weave of her music, covering folk, pop and rock with a vaudeville flair.

According to Joy, she has wanted to be a singer since age four. As a child, she would splice together parts of different songs to make her own mixes, and she'd record herself from tape to tape over and over again so it would sound like she had multiple voices. As she got older, her desire to explore the production side of music and a degree from Berklee College of Music in Boston helped her hone a sound that is all her own—one that earned her the title of Stereofame.com’s “Artist of the Month” in September 2010. Her careful attention to the works of myriad artists before her helped Joy, along with her husband and co-producer at Elytron Productions, mastermind a music repertoire that is inimitable and fresh.

With write ups by several major publications, Joy’s music has been well received by media and fans alike. With mentions in Nylon Magazine, Mashable and All Indie Magazine, just to name a few, she is no stranger to publicity. Lindsey Darden of BeatCrave wrote, “Joy Valencia is one prime current example in the music world that shows how much can be accomplished with enough drive, spirit, and, naturally, talent. Hers is a homegrown feel with a brilliant polish that, while almost Hollywood-esque in nature, is built on a foundation of a mutual, symbiotic support between herself and her fans. Not depending on the backing of a label, genuine is only one way to describe the Chicago-born, now Los Angeles-based singer, songwriter, musician and producer – stunning, eclectic, varied in style of genre (folk rock, pop, and cabaret comprising her works) are a few others.” With more music in the works, there is still a lot to look forward to from this talented songstress. Her next single will surely knock you bobby socks right off!