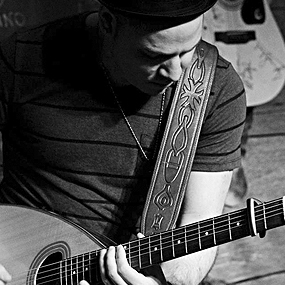 Jon Gambino is an American singer, artist, and composer whose style fuses soul/rock music with hip hop and Latin rhythms. Raised in Wayne, NJ, Jon began playing at the age of ten after finding his dad's old electric guitar in the basement. It wasn't long before he began to write music and lyrics of his own, but it was 8 years later, when he fell in love for the first time, that music became a serious pursuit. The wave of music that followed over the next two years produced over 50 original songs. Each song detailing his own experience with love and loss. Since then, Jon has learned how to play several instruments, including drums, bass, piano, harmonica, percussion, and didgeridoo, and has composed over 100 original songs. His debut single "I Get Lonely" is available now along with an EP that features the songs "Lifeline", "Heavenly", and "Goodbye Rain" among others.